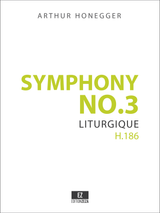 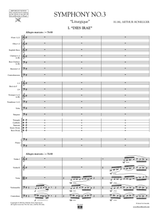 Composed in the aftermath of World War II, it is one of Honegger's best-known works. It is in three movements, each of which (following the symphony's subtitle) is named after part of the Requiem Mass.

The first movement, Dies irae, is marked allegro marcato, and has an aggressive, storm-like quality. The slow movement, De profundis clamavi, is in contrast meditative and lyrical. The finale, Dona nobis pacem, is more episodic, with an insistent, brutal marching rhythm building to a dissonant climax, before a long, lyrical coda concludes the work. A melody resembling the robin song from Jeanne d'Arc au Bûcher, can be heard towards the end of each movement.