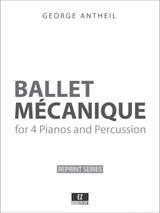 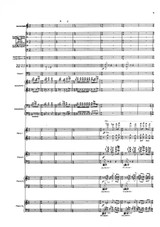 In concert performance, the Ballet Mécanique is not a show of human dancers but of mechanical instruments. Among these, player pianos, airplane propellers, and electric bells stand prominently onstage, moving as machines do, and providing the visual side of the ballet. As the bizarre instrumentation may suggest, this was no ordinary piece of music. It was loud and percussive –- a medley of noises, much as the Italian Futurists envisioned new music of the 20th century.

Antheil: Spectre of the Rose Waltz