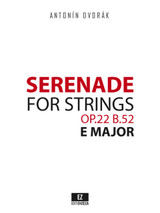 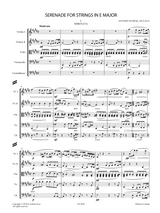 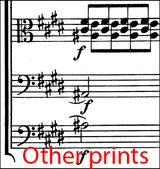 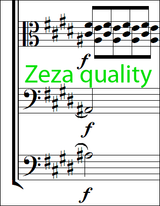 Antonín Dvořák's Serenade for Strings in E major, Op.22 B.52, was composed in just two weeks in May 1875. It remains one of the composer's more popular orchestral works to this day.

With the exception of the Finale, which is in modified sonata form, the movements follow a rough A-B-A form. It is believed that Dvorak took up this small orchestral genre because it was less demanding than the symphony, but allowed for the provision of pleasure and entertainment. He combines several expressive characteristics throughout this piece; cantabile style (first movement), slow waltz (second movement), humorous high spirits (third movement), lyrical beauty (fourth movement) and exuberance (fifth movement).