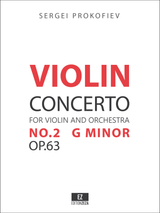 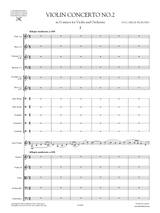 "The number of places in which I wrote the Concerto shows the kind of nomadic concert-tour life I led then. The main theme of the 1st movement was written in Paris, the first theme of the 2nd movement at Voronezh, the orchestration was finished in Baku and the premiere was given in Madrid." - Sergei Prokofiev.

The concerto is more conventional than the composer's early bold compositions. It starts off with a simple violin melody related to traditional Russian folk music. The graceful violin melody flows throughout the entire second movement, ends with the initial violin theme reappears in solo cello, accompanied by solo violin. The third movement rondo's theme has a taste of Spain, with the clacking of castanets each time the theme appears.