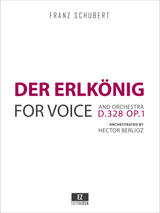 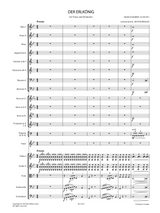 Franz Schubert composed his Lied, "Der Erlkönig" (also known as "Le Roi des Aulnes"), for solo voice and piano in 1815, setting text from the Goethe poem.  It was later orchestrated by Hector Berlioz.

The four characters in the song — narrator, father, son, and the Erlking — are usually all sung by a single vocalist.
Schubert placed each character largely in a different vocal range, and each has his own rhythmic nuances; in addition, most singers endeavor to use a different vocal coloration for each part.

The piece is regarded as extremely challenging to perform due to the vocal characterization required of the vocalist as well as its difficult accompaniment, involving the playing of rapidly repeated chords and octaves to create the drama and urgency in the poetry.