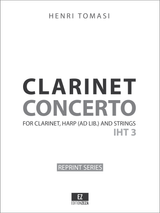 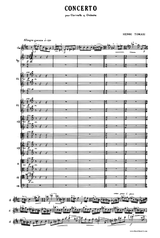 Henri Tomasi was a French composer and conductor.  Tomasi was born in Marseille, where his parents had moved from Corsica.  Most of his musical training took place in the conservatories of Marseille and Paris.  His conducting career extended from 1927 to 1956 and included extensive radio work in Paris.  During the early 1930s he conducted classical programs for a shortwave service to French Indochina.