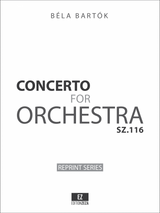 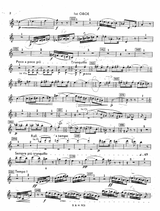 The Concerto for Orchestra, Sz. 116 is a five-movement musical work for orchestra and one of Bartok's best-known, most popular and most accessible works.

I. Introduzione. Andante non troppo - Allegro vivace
The first movement, Introduzione, is a slow introduction of Night music type that gives way to an allegro with numerous fugato passages. This movement is in sonata allegro form.

II. Giuoco Delle Coppie. Allegretto scherzando
The second movement, called Game of Pairs, is in five sections, each thematically distinct from each other, with a different pair of instruments playing together in each section.