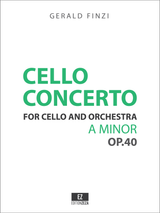 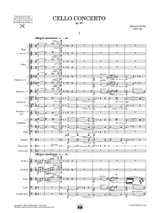 The last phase of Finzi’s output following the 2nd World War saw a series of larger scale works culminating in the completion of the Cello Concerto, the work which dominated his final year and was first broadcast on the night before his death in 1956. Barbirolli championed the concerto actively, with the Cheltenham premiere being followed by a Royal Festival Hall and a Prom performance, which at any other time in Finzi’s life would have signalled a major breakthrough. In the years since the composer’s death, the work has become increasingly admired and performed as one of Finzi’s most eloquent and richly inventive scores.

Extra Strings:
Only available with the purchase of the complete set.