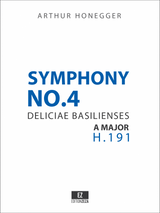 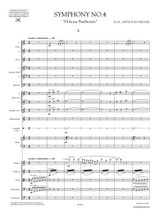 Honegger's Fourth Symphony, which contains musical quotations from two Basel folk songs, expresses the composer's happiness during a pleasant stay in the Swiss countryside after the end of World War II.

Despite the pastoral and often joyous mood throughout much of the symphony, the closing minutes include some tragic or more serious elements. The three movements are titled:
1. Lento e misterioso - Allegro
2. Larghetto
3. Allegro