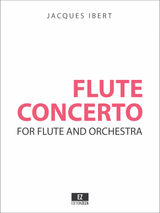 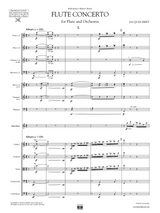 Ibert's Concerto was dedicated to Moyse,a student of the great French flutist and teacher Paul Taffanel, for whom many of the greatest French flute works were written. But Moyse didn't play it often, in fact, the work lay neglected for many years due to its perceived difficulty.

The opening Allegro is based on a perky first theme with a neoclassical shape, and a slower, more languorous second theme. Throughout, the flute is kept constantly busy. A sweet, lyrical Andante follows, the flute's long-breathed song accompanied by gentle strings. The longest of the work's three movements is the last, a jazzy Allegro scherzando with a virtuoso solo cadenza; this Finale is such a challenge for flutists that it became a test piece at the Paris Conservatoire.