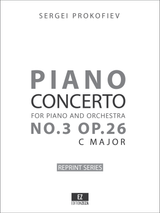 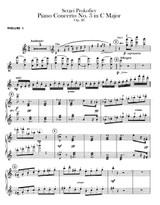 The concerto radiates a crisp vitality that testifies to Prokofiev's inventive prowess in punctuating lyrical passages with witty dissonances, while maintaining a balanced partnership between the soloist and orchestra.

Of the five piano concertos written by Prokofiev, the third piano concerto has garnered the greatest popularity and critical acclaim. Unlike the examples of piano concertos set by many of Prokofiev's Romantic forebears, the orchestra rises above subsidiary accompaniment to play a very active part in this work.


The concerto consists of three movements of roughly equal length which last just under 30 minutes in total.