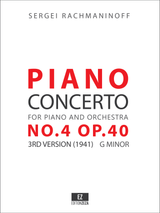 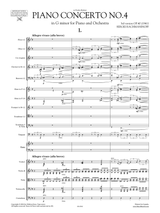 This is the 3rd version revised and republished by Rachmaninoff himself in 1941. It is the most performed version of this work.

Following its unsuccessful premiere (1st version), the composer made cuts and other amendments before publishing it in 1928 (2nd version). With continued lack of success, he withdrew the work, eventually revising and republishing it in 1941 (3rd version, most generally performed today).