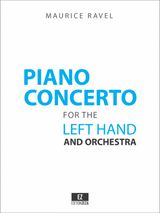 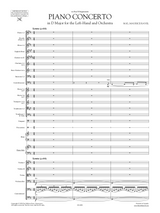 This concerto was commissioned by the prominent Austrian pianist Paul Wittgenstein, who had lost his right arm due to a wound sustained in World War I.

The concerto negotiates several sections in various tempi and keys without pause. Towards the end of the piece, some of the music of the early slow sections is overlayed with the faster music, such that two tempi occur simultaneously.