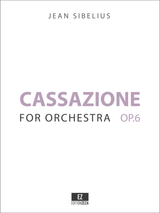 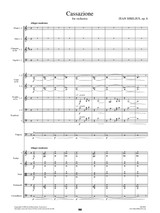 Cassazione, Op. 6, is an orchestral composition by Jean Sibelius, composed in 1904 for the programme that introduced his Violin Concerto. Its title refers to the cassation, a genre similar to the serenade, which was popular in the late 18th century. Sibelius structured the work in five "episodes". Although his opus numbers were already in the forties, he assigned the unused number Op. 6 to this work, implying an earlier composition date.

The beginning of the music, in a chromatic "suspense-filling way", has been compared to the similar opening of Monty Norman's Dr No, the first James Bond film from 1962.

Sibelius - Serenade No.2 in G minor Op.69b for Violin and Orchestra