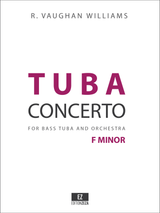 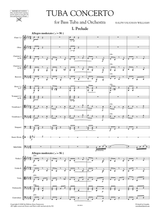 While at first viewed as the eccentric idea of an aging composer, the Tuba Concerto, the first concerto written for the instrument, soon became one of Vaughan Williams' most popular works, and an essential part of the tuba repertoire for professionals.

Vaughan Williams wrote the Concerto for Philip Catelinet, the principal tuba player of the London Symphony Orchestra, on the occasion of the LSO's golden jubilee. It was given its premiere by Catelinet, with the LSO under the direction of Sir John Barbirolli, at London's Royal Festival Hall on June 13, 1954.