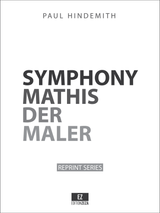 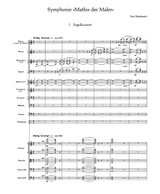 Symphony: Mathis der Maler (Matthias the Painter) is among the most famous orchestral works of German composer Paul Hindemith. Music from the symphony was incorporated into, or reworked for, Hindemith's opera Mathis der Maler, which concerns the painter Matthias Grünewald (or Neithardt).

The symphony has three movements:

which correspond to the opera as follows:

Hindemith: Symphony in B Flat Major for Band